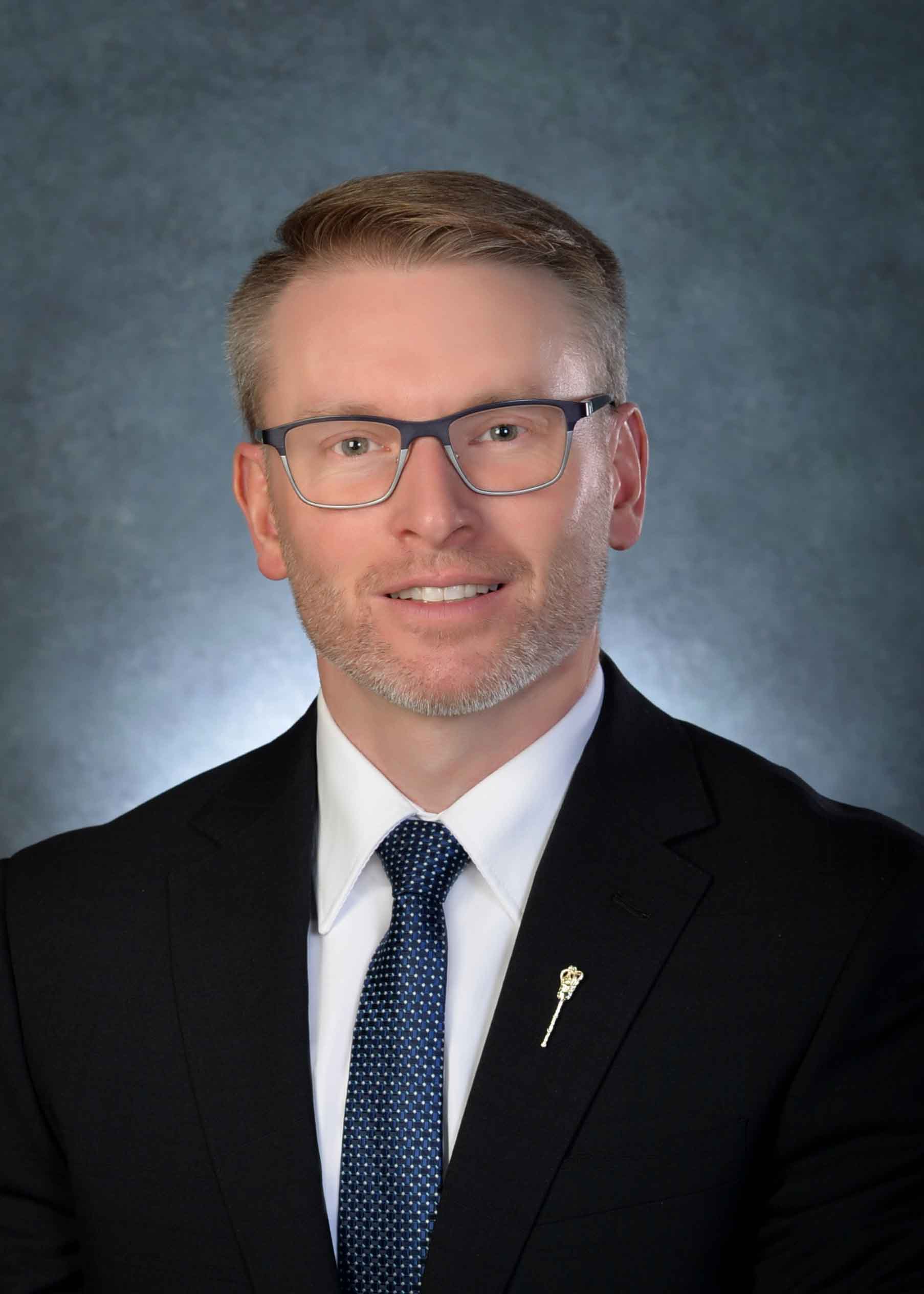 Everett Hindley was elected MLA for Swift Current on March 1, 2018.

Everett grew up on a family farm near Melfort, and is the oldest of four children.

In late 1995, he graduated from the Western Academy Broadcasting College in Saskatoon and then moved to Swift Current the following year. Everett was the morning news announcer and news director for the local radio stations for 3 1/2 years and the colour commentator for the Swift Current Broncos hockey broadcasts.

During his 18 years of public service, Everett has been responsible for helping coordinate the former Premier's itinerary, staffing many meetings and events, and has been part of several international trade missions helping to promote Swift Current's and Saskatchewan's interests.

Everett joined cabinet as Minister of Mental Health and Addictions, Seniors and Rural and Remote Health. He previously served on the House Services, Privileges, and Crown and Central Agencies committees and as Government Whip.

Everett and his wife Anita have two grown children and are proud grandparents.