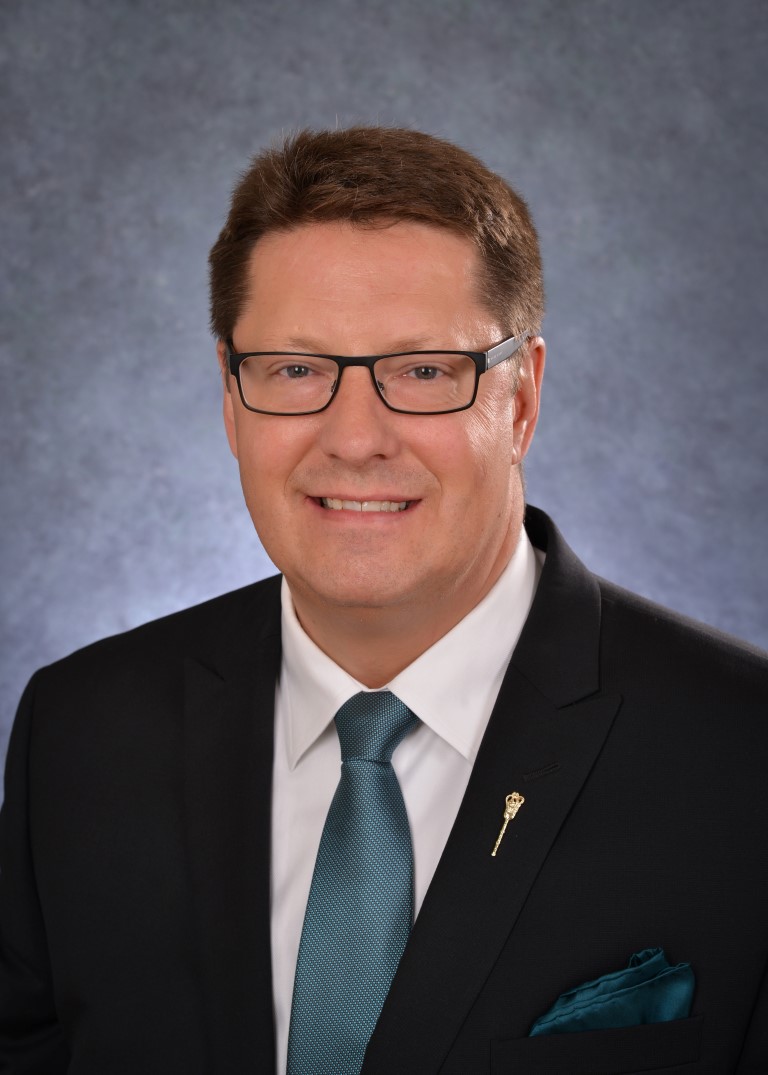 Eric Olauson was elected MLA for Saskatoon University on April 4, 2016.

Born and raised in Saskatoon, Eric has called the Saskatoon University constituency home for most of his life.

Eric has served the City of Saskatoon as Ward 8 Councillor and has been involved with the Knights of Columbus, SREDA Board of Directors, Prairieland Park board, and the District Planning Commission, Regional Oversight Committee.

He currently serves as the Legislative Secretary for Parks, Culture and Sport, Government Caucus Chair, and as a member of the Standing Committee on the Economy and the government caucus Management Committee. He was previously a member of the Intergovernmental Affairs & Justice and Private Bills committees.

Eric and his partner DonnaLyn have one son and three daughters.