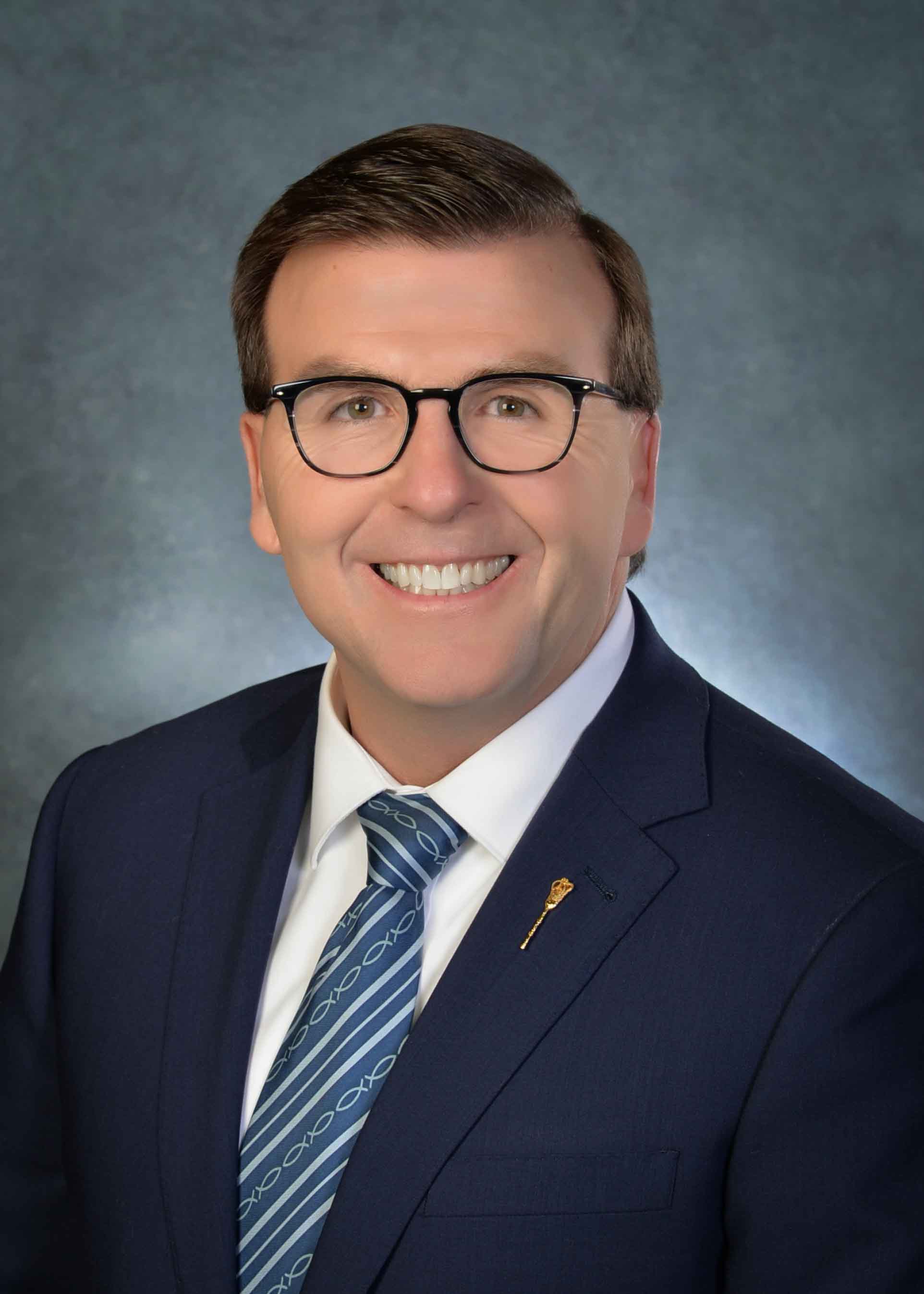 Greg was first elected as the MLA for Yorkton in the 2007 provincial election. He was re-elected in 2011, 2016 and 2020. Prior to being elected, Greg owned and operated a private environmental and waste disposal business. He is an avid motorsports enthusiast and commercial pilot.

Greg has been married to his high school sweetheart, Leone, since 1986. They have two daughters, Katelin, son-in-law Mark and two grandchildren, Raya and Malaya, and Rayanne, son-in-law, Austin, a granddaughter, Wynnslet, and grandsons Otto and Crew.

In 1998, Greg and Leone started "Brayden Ottenbreit Close Cuts for Cancer," an event that encourages volunteers to shave their heads to raise money for cancer research. The charity is named in honour of their son, Brayden, who lost his battle with cancer in 2000 at age 5. Approximately $1 million has been raised for cancer research and local cancer initiatives. In recognition of these efforts, they received the Community Merit Award in 2016, presented by the Yorkton Chamber of Commerce, as well as national recognition from the Canadian Cancer Society.

For their community involvement and volunteerism, Greg and Leone were awarded the Saskatchewan Centennial Medal in 2005. In 2012, Greg received the Hal Rogers Fellow Award, the highest honour presented by the Kinsmen of Canada. Leone and Greg were also awarded the Queen’s Diamond Jubilee award.